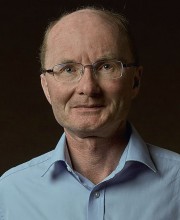 Brexit has undoubtedly caused a shift in Europe's financial services industry. If this shift is for better or for worse remains to be seen as financial institutions reassess their position in the European and global contexts and negotiations between the United Kingdom and the European Union continue. While there have been companies that moved away from London and spread out across other European financial centres a prophesied exodus has yet to happen. John Bryson argues that London will …